Developmental Dyscalculia, like dyslexia, is one of a family of specific learning difficulties. 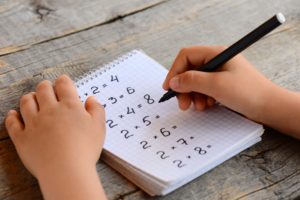 Co-occurrence of learning difficulties (or disorders) appears to be the rule rather than the exception, and it can often occur with one or more conditions such as dyslexia, dyspraxia or ADHD/ADD.

Although this may be as a result of sharing characteristic factors such as working memory, research is ongoing into the likely interaction between any individual’s cognitive, biological and environmental factors.

What all definitions have in common is

How common is it?

Dyscalculia is under studied and under resourced in comparison with dyslexia. However, it is estimated that dyscalculia is likely to occur in 3% – 6% of the population, and, unlike some other specific learning difficulties, is as likely to affect females as males.